Ekspansi: an interview with Gaia Invernizzi 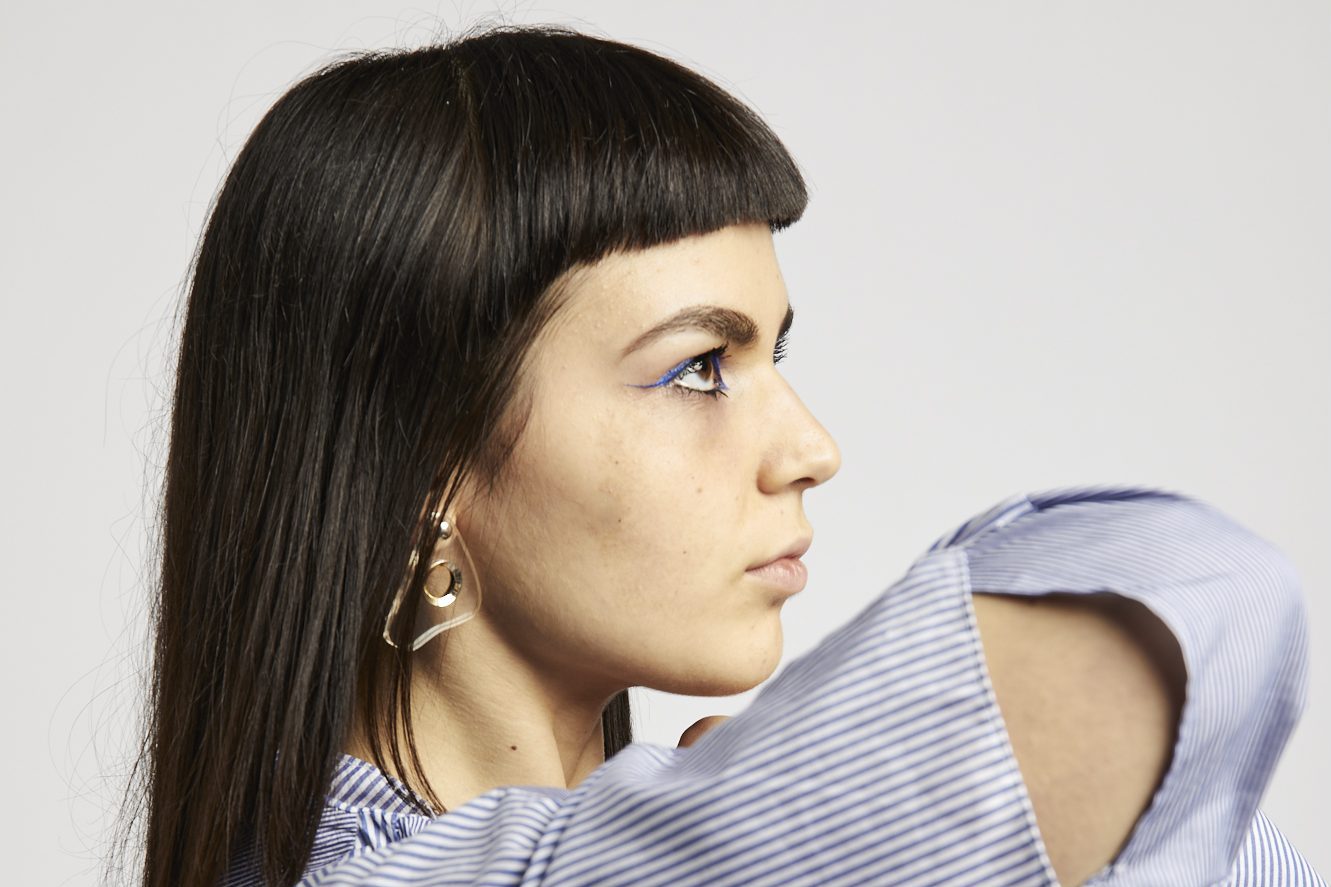 Deeply committed to its constant pursuit of innovation, Framis Italia is always prompt to help young designers shape the future of fashion.

Recently, we had a chat with Gaia Invernizzi, a talented young designer with whom we collaborated to develop a project that offers a deep look into the perception of self, body and form.

Ciao Gaia, tell us something about you!

I'm Gaia Invernizzi, I'm 21 and I come from Bergamo, a city where I developed an interest in art thanks also to the course of studies undertaken in high school. Then, I started experimenting with new means of expression that went beyond painting and sculpture, establishing an early connection with fashion that also influenced my university choice.

I'm currently a graduate student in fashion design at the Istituto Europeo del Design in Milan. For years I've been carrying out research based on the study of the body and form, its possible alterations and capacity for development and modification. Through garments, in fact, the body can discover new and unconventional forms that subjectively are accepted with difficulty.

Ekspansi is the collection you took to the runway during Milano Moda Graduate 2022, the annual fashion show promoted by Camera Nazionale della Moda Italiana at the opening of Milan Fashion Week. What are the main features of this project?

On the basis of this, dysmorphophobia develops: a pathology that hinders the relationship with one's own person by going to change what is the perception of the body and shape. This kind of pathology creates social anxieties that lead the subject to close in on himself.

Ekspansi (lett. to expand, to take space) is a project that taking into analysis this situation - which is becoming more and more widespread -has given birth to a collection with the purpose of adapting to forms but above all being able to modify itself in such a way as to make the person free to choose its use according to circumstances and personal will.

The recurring volumes do not follow the lines of the body, but deviate, creating a 'non-body' that rests on what is seen as support. After an initial contact with the dress, one perceives the ease with which one is able to move and relate to the space freely. Everything takes on a new form the moment one wishes to take advantage of all the functions and possibilities that a garment possesses.

Research and Development are concepts that are becoming increasingly popular in the collective imagination of fashion. What role did the research and development of materials, finishes, and textures play within the project?

The same possibility of deforming the garment is highlighted by manipulations with internal wire structures (which can be modified as desired) and burns, but also by fabrics made by laminating three different layers. The result is an irregular hand and a sculptural effect. At the same time, I decided to use technical fabrics that possess different performances: reflective, heat-sensitive, memory and writing effects.

Innovative zipper technology is also exploited, which allows the garments to be opened even through only a slight force applied to the slider.

As for the finishing, I alternated hand stitches, to give a more sartorial touch, with Framis Italia thermoadhesive tapes both for their technical properties and for the precision and cleanliness they give to the garment.

Which features of heat-welding tapes prompted you to use them within your project?

Actually, there is no single feature that led me to opt for the use of tapes on my garments, rather a combination of many.

In fact, what steered my choice toward thermoadhesive tapes was precisely their versatility, which allowed me both to take advantage of the waterproofing and air resistance for which they are usually used, and to give greater solidity to seams and structure in general-a key aspect when it comes to garments that can be manipulated and transformed continuously.

Last but not least, applying tape to a garment can achieve a cleaner finish while creating a pattern that shows its construction and joints. In my case, thanks to some semi-transparent fabrics, in some places this pattern is also visible on the outside.

How did you get to know Framis Italy and the Bonding Technology?

From the earliest stages of the project I realized that in order for my garments to be able to transform and adapt to the wearer's body, I would have to design and construct them paying particular attention to strength. The choice fell on bonding technology, which I had already seen applied in several garments - by established and non-established designers - and through various researches I discovered Framis Italia and the constant collaborative relationship the company has with students and emerging designers.

The collaboration began smoothly and quite naturally, and it gave me access to a technology that later turned out to be fundamental to the final performance of my garments!

Thank you for sharing the story of this amazing project with us. Plans for the future?

For the future? To continue to constantly experiment, questioning myself and the vision I have of the form. Not stopping at things that convince me at first glance but digging, modifying until I arrive at something extremely close to my identity.

I am open to anything that can add important pieces to both personal and work/project growth.